I noticed that in iOS 13 full screen dialog has changed, introducing a new slide from bottom animation.
Here is an example 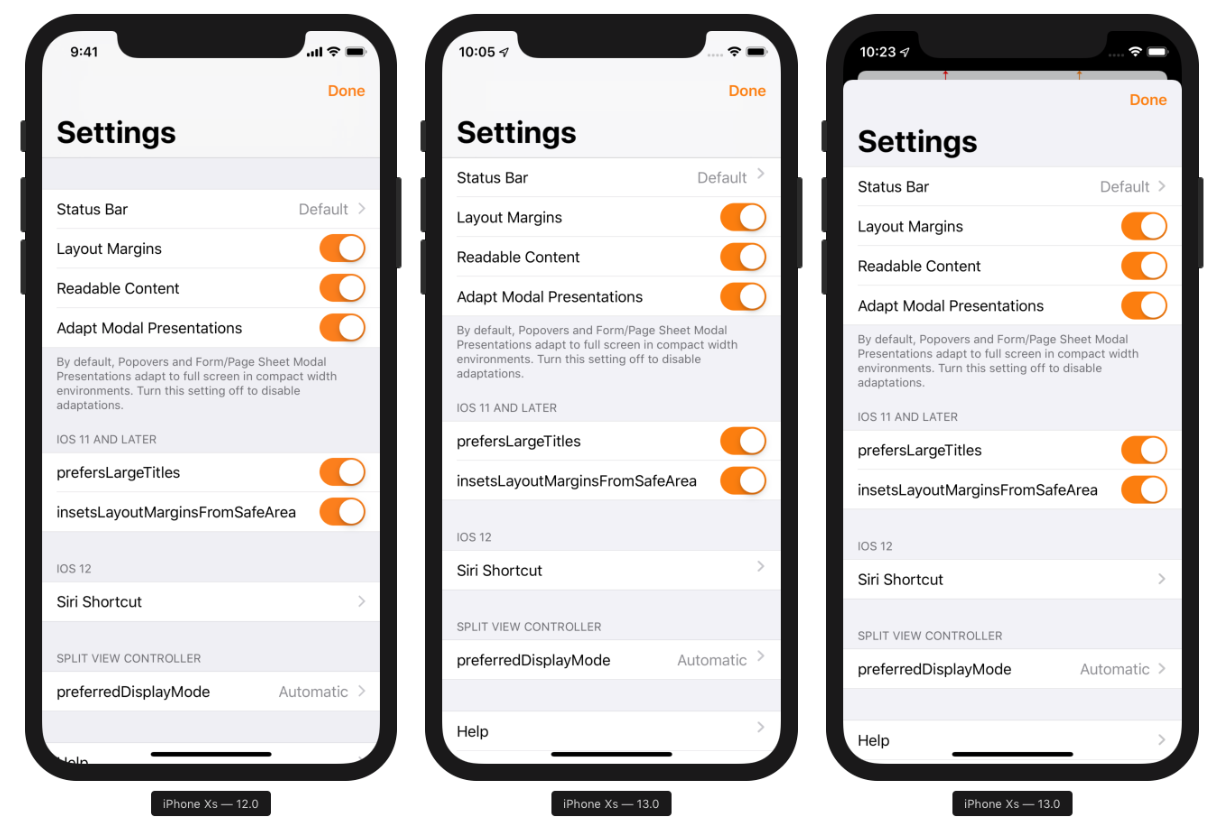 Is it possible to mimic this behaviour with flutter? iOS animation it’s not a simple slide from bottom but involves also the background page.

Looking throught flutter documentation I found this class but, without any example I can’t understand how to use it or if it’s what I’m searching.

Update: Based on another answer by @VadimKo, I now understand that the stacking effect might also be desired. The answer linked to a package modal_bottom_sheet based on which I have updated my example

If I’m understanding your question right, you want to show a full screen dialog that slides up from the bottom and has UI similar to the one showed in your picture.

CupertinoFullscreenDialogTransition is really just two SlideTransitions stacked up so it’s nothing special.

In that, you could show anything using the combination of pageBuilder and transitionBuilder. It’s very flexible and can even be used to show full routes on top of current route.

If you use CupertinoFullscreenDialogTransition as the pageBuilder it should achieve your goal. It’s not required to provide a transitionBuilder since it’s being performed by the pageBuilder implicitly.

The following example tries to mimic requested UI by using CupertinoApp, CustomScrollView and CupertinoSliverNavigationBar for the content of the dialog

Update: A transitionBuilder similar to the one provided by modal_bottom_sheet can be used to add the stacking effect.

Important code from the DartPad example:

Update: The DartPad example works just like modal_bottom_sheet but without any need to make changes to existing code such as the requirement to use MaterialWithModalsPageRoute or to wrap current/preview routes in CupertinoScaffold both of which are provided by the same package. 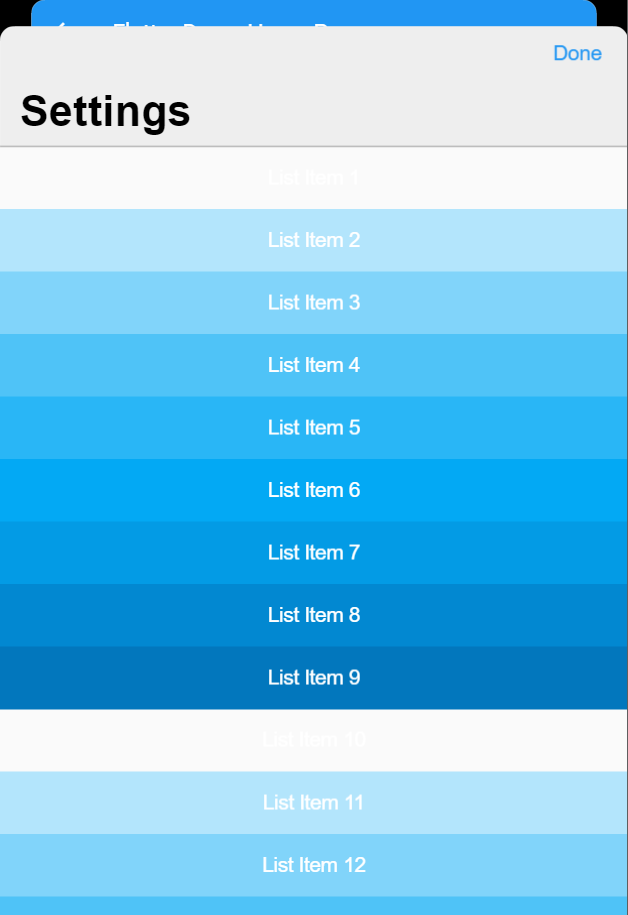 Note: There is already showCupertinoDialog provided by the flutter team but it doesn’t provide as much flexibility. It can however be used for normal small dialog popups that don’t usually take full screen space.