Dart SDK officially supports ARM64 and as of now, 2.14.2 is the latest (stable) Dart SDK that has support for ARM64. Though it was the same version that was bundled in my Flutter setup, it seemed to run on Intel architecture (Activity monitor shows dart processes running on Intel).

I manually tried replacing the dart SDK on my flutter installation bu replacing flutter-directory/bin/cache/dart-sdk/ with the contents of a zip file of the Dart SDK made for ARM64, downloaded from dart.dev archive. But trying to run an app on an Android emulator (which runs on ARM64 and was working on my old Flutter setup), throws this error:

Is there any other way to do a completely ARM64 Flutter setup on M1 devices?

Update: If you use beta channel, flutter will download ARM SDKs for you

Now, this part is hacky, so I can’t really guarantee it will always work.

If you try to run the app now, dart compiler will crash.

Using flutter run -v (which enables verbose mode, for more logs) and thanks to a couple of google lookups I was able to figure out that the problem is caused by a snapshot file called frontend_server.dart.snapshot which is located in 2 places in the sdk:

I’ve run a very casual test to give me a feeling if there’s any improvement in compile time of a hello world app. By casual I mean I didn’t close any programs that were in the background.

And the initial results are pretty promising: 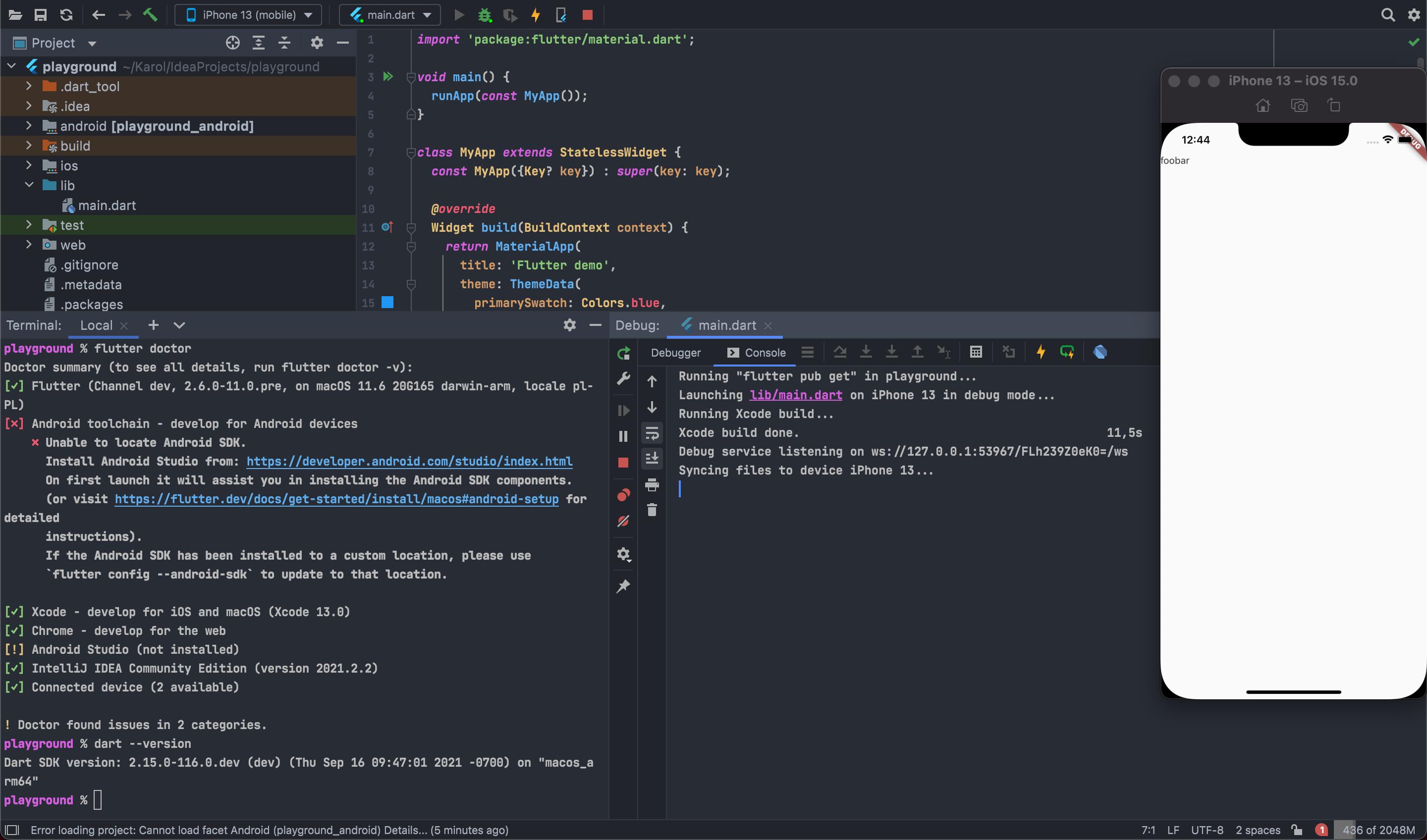