I have a flutter app which uses Dart ffi to connect to my custom C++ audio backend. There I allocate around 10MB of total memory for my audio buffers. Each buffer has 10MB / 84 of memory. I use 84 audio players. Here is the ffi flow:

In my sound engine I launch a C++ thread:

So here is the problem, I dont know why but when I allocate memory with new keyword even inside a C++ thread, flutters raster thread janks and I can see that my flutter UI janks lots of frames. This is also present in performance overlay as it goes all red for 3 to 5 frames with each of it taking around 30 40ms. Tested on profile mode.

Here is how I came to this conclusion:
If I instantly return from my startDecoderWorker without running new memory allocation code, when I do this there is 0 jank. Everything is smooth 60fps, performance overlay doesnt show me red bars.

Here are some screenshots from Profile mode: 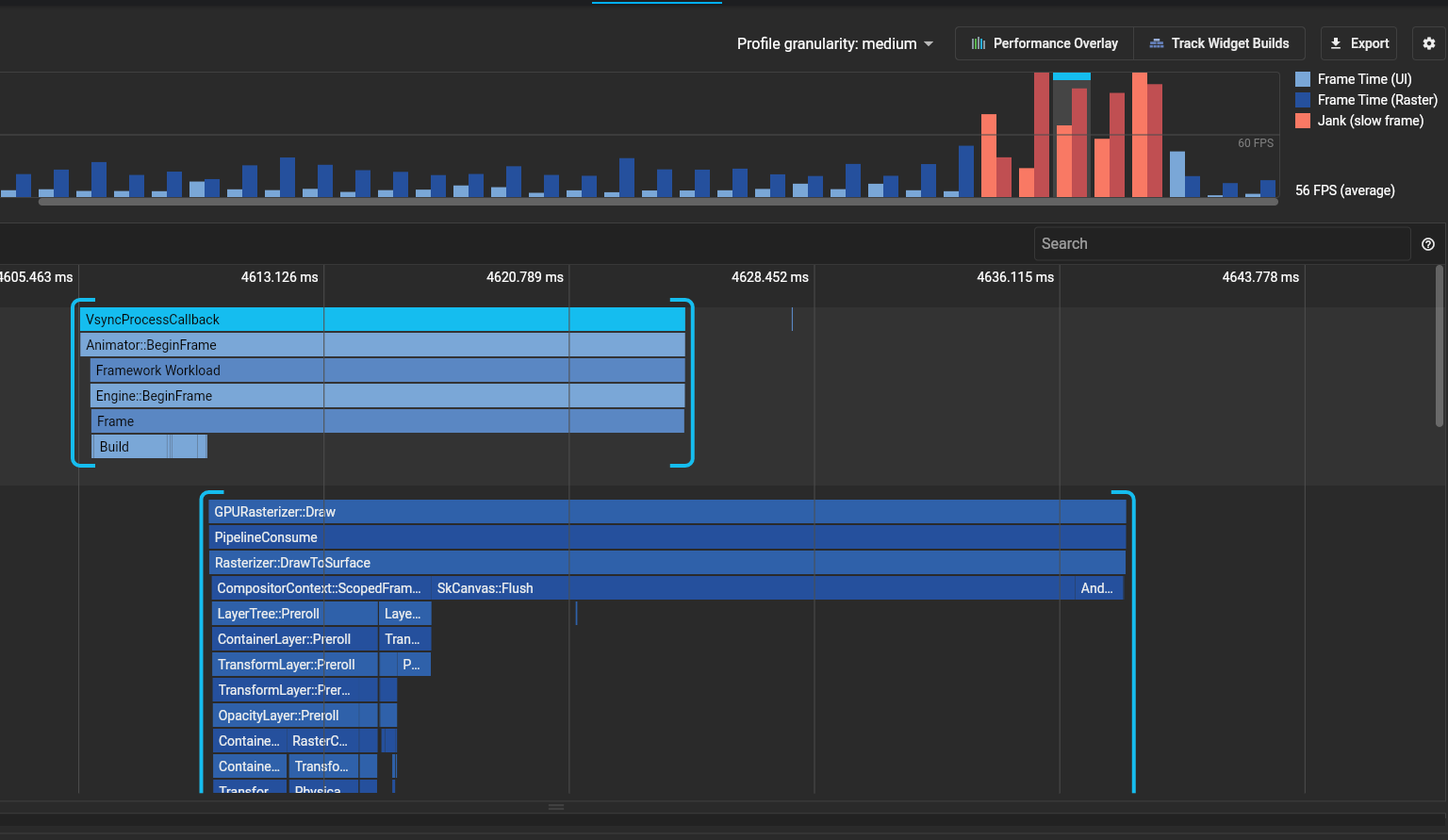 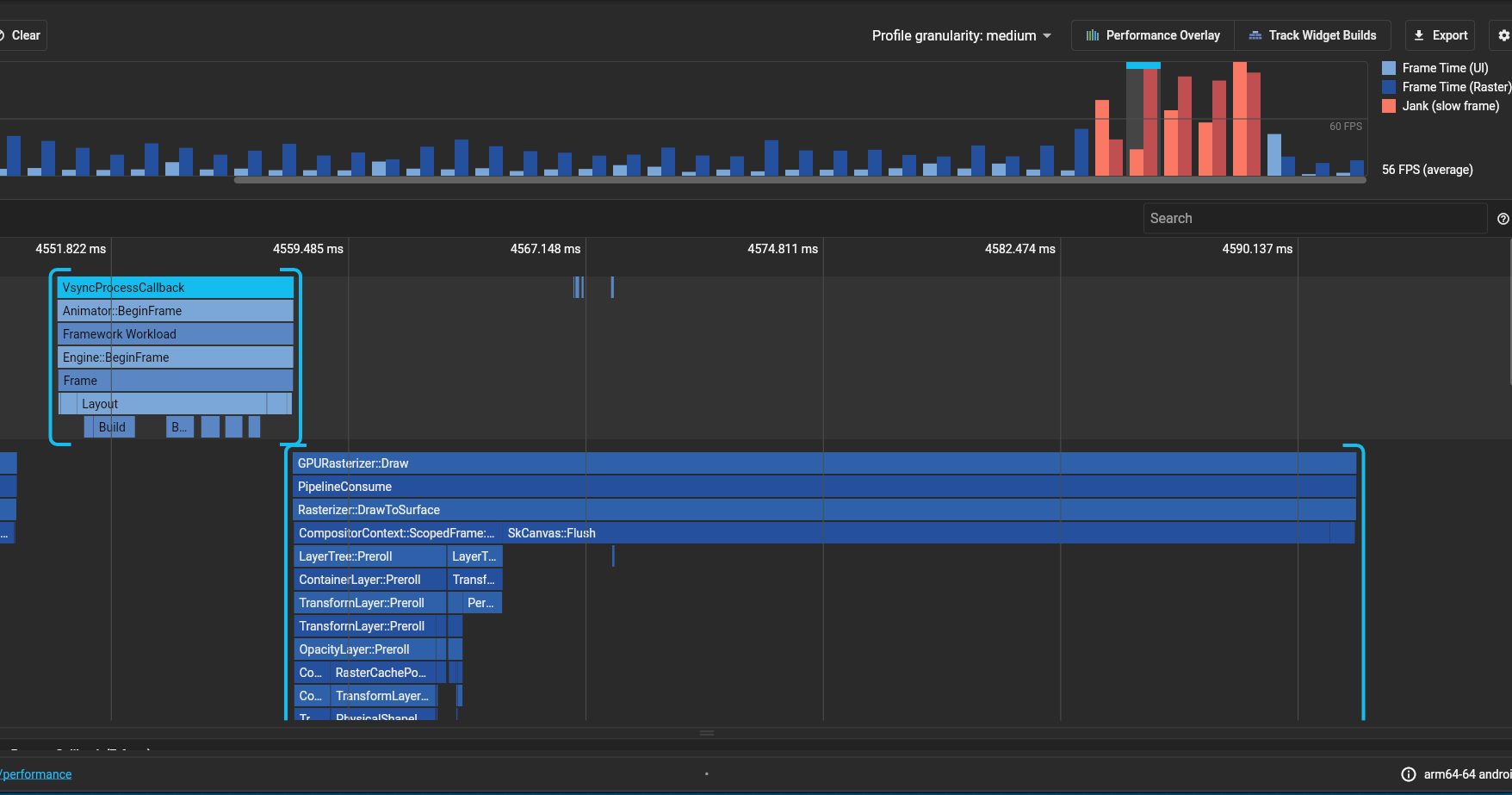 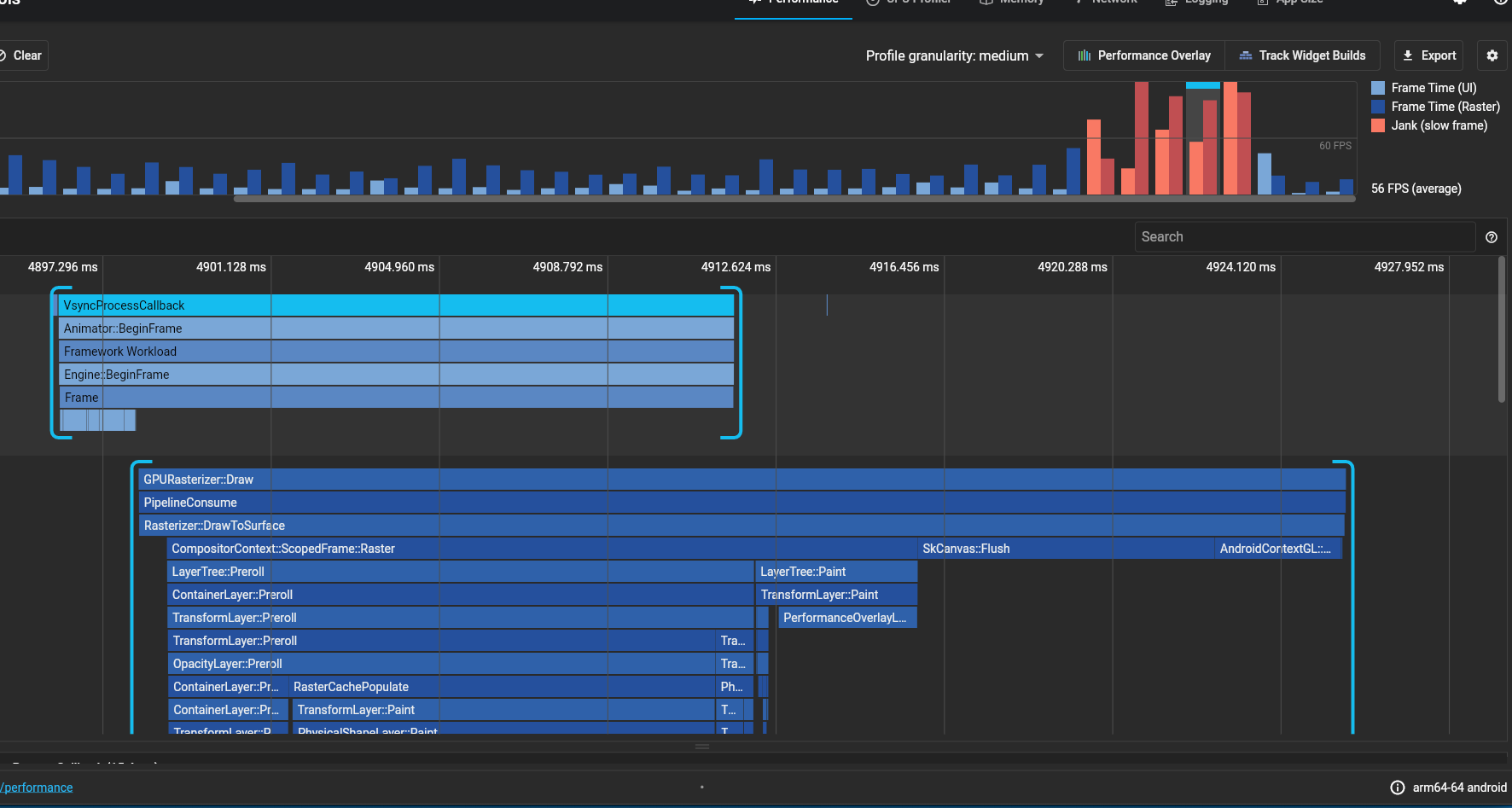 The actual cause, after discussions (in the comments of the question), is not because the memory allocation is too slow, but lie somewhere else – the calculations which will be heavy if the allocation is big.

For details, please refer to the comments and discussions of the question 😉